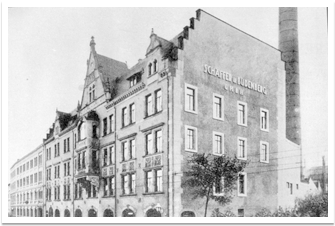 In 1838 Magdeburg’s history as one of the manufacturing and mechanical engineering centers in Germany began with establishing the first manufacturing company, the “Magdeburger-Dampfschiffahrts-Compagnie” with the core products: steam boats and machines, locomotives, boilers and equipment for sugar production plants and distilleries.

The following years the establishment of many other valve companies followed. One of the most successful companies was “Schäffer & Co. Mechanische Werkstatt” (later named “Schäffer & Budenberg”). The patent for the manometer made this company famous in Germany, Europe and all the way to the Americas.
Traditionsstandort Magdeburg

The concentration of engineering excellence and expertise as well as manufacturing know-how established Magdeburg as the leading area of the German valve manufacturing. Magdeburg’s valves were demanded and produced for the petrochemical and energy producing sectors worldwide.

Even though the production facilities were mostly destroyed during World War II, Magdeburg worked to find back to its strengths by working together. In 1948 the

In the years after the reunification of Germany this strong tradition of valve manufacturing has been continued by the establishment of new valve companies in and around Magdeburg who are using the excellent expertise, know how, resources and infrastructure in the region to keep developing new innovative products and solutions for the ever growing demands of the industries. As it has been the tradition in years past, these companies are working together, leading the region of Magdeburg further to national and international recognition.

With its core competencies: innovation, design and manufacturing of high quality industrial valves made in Magdeburg, MIAM is proud to be part of that tradition.

Do you have questions? 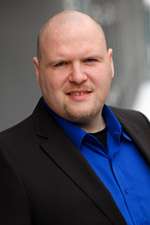 Please fill in the form below, answer the calculation to prevent spam and then press "Send"